The 2017 Wisconsin Spring Primary elections held on Tuesday, February 21, registered what pundits have extensively described as a “tellingly” low voter turnout. Compared to the chief trends witnessed about three months ago, this nearly all-time decline was evident across the state throughout Tuesday’s primaries.

In fact, the customarily expected lines of electors were conspicuously absent in Wisconsin during the vital public exercise. Even around usually high-turnout enclaves in densely peopled countries, the unmistakably numerous numbers predicted by all didn’t pour in for the generally low-key statewide vote. 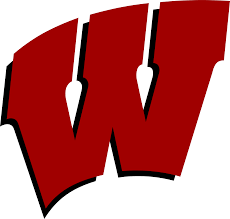 According to preliminary tabulations, also extensively viewed as the final semi-formal count, Lowell Holtz emerged the champion. The former Beloit executive weathered away substantial opposition to advance his quest for the office of the state superintendent. Holtz is now set to battle it out with Tony Evers – the present executive whom pollsters rate as a generally not-so-formidable challenger. The two contenders will face each other come the April 4 big and the truly winner-determining election.

As a strongly backed candidate who enjoys a steady Republican following, Holtz has been variously regarded as one of the most well-supported would-be superintends over the recent decades. Besides having a concrete endorsement by Republican lawmakers, he also is in generally good terms with numerous conservative groups in many parts of Wisconsin. As such, the tussle is projected to be a poor equilibrium with Holtz coming out as a far more favorable front runner.

Nonetheless, all the foregoing pro-Holtz statements aren’t a straightway claim that Tony Evers lacks avid proponents in the high-ranking political echelons. Particularly, the moderately liberal incumbent’s policies have elicited a resoundingly positive nod from Democratic legislators, teachers lobby associations, and a battery of respected public school advocates from across the state map.

Both candidates trounced John Humphries – a former Dodgeville top honcho – to separately make it to the early April finale. Any casual glance at virtually every telling hint about these slightly eventful electoral goings-on, whether a web-based political advert on a highly regarded Milwaukee Tow Service site or a telly campaign clip, will reveal that the race’s overall non-partisan. However, the conservatively more promising Holtz has successfully positioned himself as a markedly more popular option.